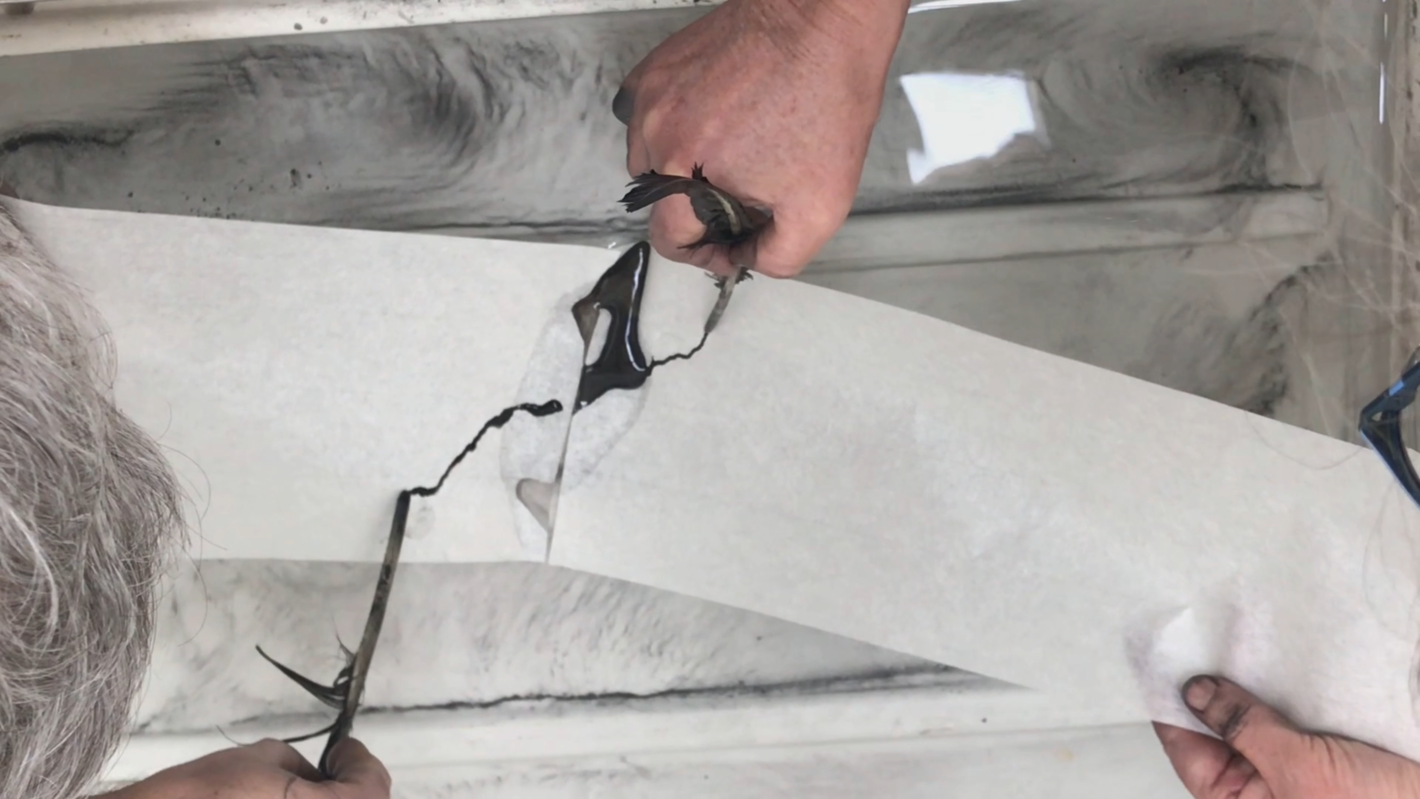 Andreas and Jan first collaborated in December 2019 in Hobart, Tasmania. Our mutual interests in the materiality of language, the poetics of water and geology as a way of decentring human perception, drew them towards experimentation. Is there a language emerging from the confluence of water and human gesture? What kind of geology does that language trace? Can it slip and seep between layers to communicate meaning? The origins of language once came from the stuttering of the world around us, the trickle of water, the song of a bird, the sound of snapping branches. Until it was organised in text and became disengaged from the sounds of the place of origins, forgetting the geological echoes once held in its traces.

Tracing Submergence seeks the sensual connections to place through the fluid shapeshifting language of water. Could this water, pulsing through our veins, fleshing out our skin, allow the emergence of a language? Can we trace a connection between the aquatic geologies of Venetian canals, the River Thames, and the Derwent River in Tasmania? Lightly, gently, half-joking, we tried. Hunched over a sink using twigs, feathers and brushes, the ink led us through the water, making connections as we intuitively mirrored each other’s movements.

The liquid language left traces on sheaths of paper – off cuts and leftovers fitting for experiments. Yet they called to be gathered together – a book to hold them. A book that needed to be entered from all sides, that rotated and revolved around the central portal.  A folio that opens out in all directions. The random scraps of paper, written through water, became stitched and bound into a sculptural form, maintaining the swirling logic of water. A golden central portal has been created to entice into the geological formations where the traces of water’s language lie. The video recalls the process, clue to the traces held in the book.