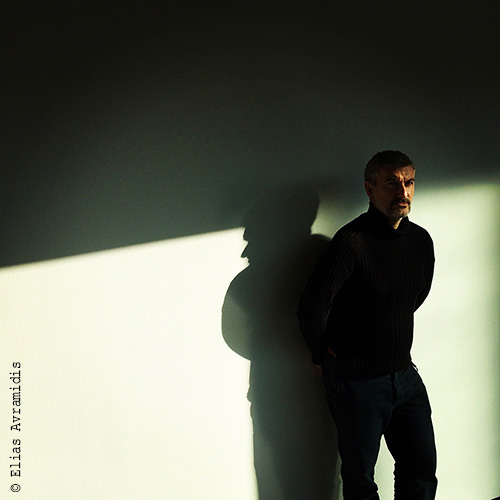 I am a research-based artist. My practice includes picpoetry (mobile photography and poetic prose pieces), text pieces, performance and performance lectures, video and moving-poems, installations, sculpture and painting. I have performed at the opening of the 58th Venice Art Biennale 2019, the 16th Venice Architecture Biennale 2016, the Tate Modern, Inhotim Instituto de Arte Contemporânea Brazil, the Danish Royal Cast Collection, the Royal Music Academy of Sweden, and other institutions. I am permanently affiliated to the University Institute of Architecture in Venice since 2009, and I was artist-in-residence at the UTAS School of Creative Arts in Hobart, Tasmania in December 2019. My picpoetry has been shown in group shows at the London College of Communication, The Arebyte Gallery, the Palais de Tokyo publication On Air as part of the Tomas Saraceno Carte Blanche show, Unit 24 Gallery, and in my solo show The Iron Books: Poems for the Posthuman at Gasoline Rooms London. I am frequently asked to write for other artists and their works and contribute to exhibition catalogues. My artist book is called a fjord eating its way into my arm, published by AND publishing, Central Saint Martins University of the Arts, London.

Despite my earnest attempts to move away from textuality, I have finally succumbed and think of myself also as a poet and a fiction author. My book of short stories The Book of Water was originally published in Greek, and is now translated into English to be published in September 2020 by ERIS; and currently prepared for publication in Italian and French. I have also recently completed a novel called And Our Distance Became Water.

Finally, or not really finally but I do not know anymore, I am also Professor of Law & Theory at the University of Westminster, and founder and Director of The Westminster Law & Theory Lab. I also teach part-time at the Royal College of Arts London. My research interests are interdisciplinary and include space, bodies, radical ontologies, post-humanist studies, critical autopoiesis, literature, psychoanalysis, continental philosophy, gender studies, art theory, and their connection to the law. My academic books include the monographs Absent Environments (2007), Niklas Luhmann: Law, Justice, Society (2009), and Spatial Justice: Body Lawscape Atmosphere (2014). I am currently working on a monograph on Material Justice.